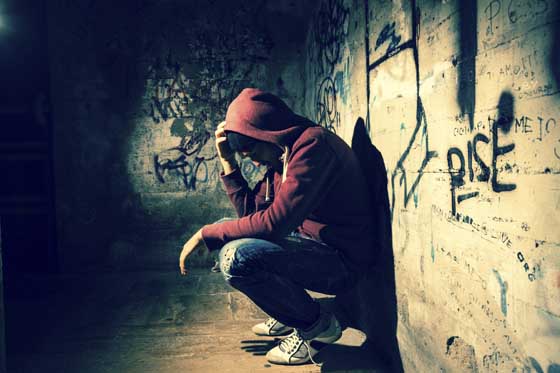 What is Alcohol Abuse?

Healthcare professionals tend to differentiate between an ‘abuser’ and an ‘addict’ of a given substance.

It is commonly understood that an ‘abuser’ still has some degree of control over their behaviour whilst the ‘addict’ does not.

The disease of addiction is progressive and many addicts will tell stories of once being able to control their drinking.

However, there are many people who abuse alcohol who never progress to alcoholism.

Some suggested signs of abuse:

The path from misusing alcohol to becoming dependent is not understood. In some people there seems to occur a sudden jump from moderate alcohol abuse to alcoholism brought on by a major life event. A life event such as divorce, bereavement, stress or retirement. In other cases the progression is slow and insidious. Many alcoholics tell a story of gradual decline into alcoholism whereby steadily drinking patterns change, tolerance increases, and behaviour becomes more erratic.

No matter how far down the scale the person is, the disease can be arrested with the right sort of treatment.

Alcohol consumption has been associated with a range of diseases that may cause death and adverse effects that reduce quality of life. Among these are:

Alcohol is carcinogenic to humans, being causally related to cancers of the oral cavity, pharynx, larynx, oesophagus, liver, colorectum and female breast.

The relationship between alcohol consumption, insulin sensitivity, and type 2 diabetes mellitus is not clear. However, alcohol affects the management of diabetes in a number of ways.

Alcohol adds kilojoules to the normal diet and may increase energy intake and fat storage further by increasing appetite and displacing fat and carbohydrate oxidation.

Alcohol enters the bloodstream of the fetus when the mother drinks and can cause a range of birth defects and growth and developmental problems, comprising Fetal Alcohol Spectrum Disorder (FASD), which may persist into adulthood. Alcohol also enters the breast milk.

Alcohol consumption is the most common cause of cirrhosis of the liver, and drinking alcohol over many years can cause cirrhosis in the absence of other causes.

There is growing evidence that alcohol increases the risk of highly prevalent mental health conditions such as depression and anxiety in some people, and may affect the efficacy of antidepressant medication.

The immediate effects of alcohol on the brain are often less apparent in people who drink regularly, as they acquire a degree of tolerance. Despite this tolerance, the long-term effects remain damaging, particularly as the drinkers who have greater tolerance for alcohol are likely to be those who experience higher blood alcohol levels more frequently.

Alcohol is an addictive drug and regular use can result in alcohol dependence.

Drinkers who consume alcohol at harmful levels exhibit negative structural and metabolic brain changes, and have an increased risk of dementia.

Harmful drinking is a major risk factor for suicide and suicidal behaviour in both males and females across the lifespan.