Dealing with Ice Addiction – An Outside Perspective 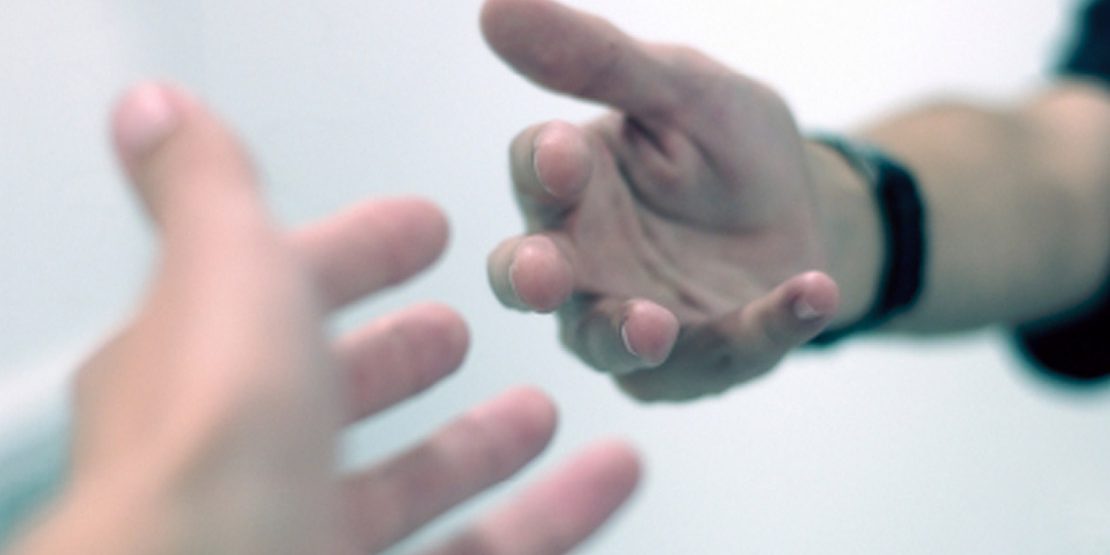 Methamphetamine, has become what I refer to as a substance that “destroys the soul”. A bit heavy for some to read, or admit, I’m sure. But as the title of this article suggests, this is my “outsider’s perspective” on those dealing with ice addiction.

I watched my friend start out as a clean, mean, dancing machine. She was all about the music and the dance, all the while refusing to touch any and all forms of drugs. I was proud of her, yet also sad as she was missing out on a whole other experience that the rest of us were entrenched in. I saw it as a fun-filled exciting time for myself as we were young and introduced to a whole new world, scene and different side to life. Yet it also led to some immense sadness, fear, depression, and a struggle those of us, at that young age, were definitely not prepared for. Nonetheless, this girl stood above it all. She was happy, clean and sober, and still having the time of her life!

Years later I got an email stating bluntly how much things have changed in her life. This happy-go-lucky, funny and free spirited girl had turned into a dark, paranoid ridden meth addict, trusting no one, and abusing everyone. The stories were hard to read, and even harder to believe. The actions she was taking, the lifestyle she was living, the people she was surrounding herself with, all were the complete opposite of who she used to be. Yes, as humans we grow and change, we go through trials and tribulations in this life, with the ultimate hope and goal of becoming stronger and wiser. It is very hard to watch those we love take an unhealthy path that inevitably results in multiple self-destructive, self-shaming, self-blaming, and drastically selfish acts. That, and a complete lack of learning or self-improvement on any level, aside from obtaining basic survival needs, and drugs.

Support was not wanted

An occasional email or Facebook message that was short, sweet and to the point would appear on my computer, and because of this I kept hope! Then, it would be followed with a frustrated, paranoid and/or accusing string of statements such as: “I have no friends, I hate everyone, all they do is lie. I can’t even trust my family, I don’t know what to do, or where to go.” Eventually the short and sweet messages disappeared, and all I would get were these complaints and brief “freak outs”, even some that accused me! Communication became almost non-existent. What could I do? I lived on the other side of the country, battling my own demons. So I waited. I heard story after story from family members and friends about what was going on. Her disappearances, and reappearances, endless amounts of begging for money or drugs to get by, and theft. She became more animal-like than girl-like at this point. Which I was endlessly hoping would only be temporary, and only existing in the periods of time between her fixes.

Eventually she got clean 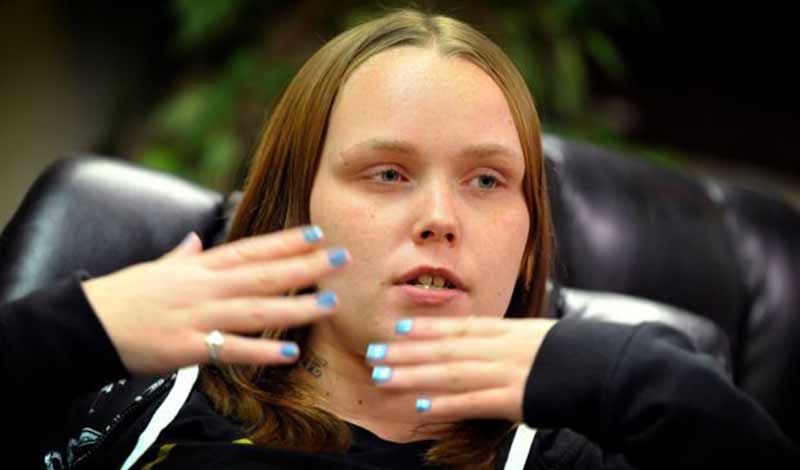 A year or so later we finally had the chance to meet up, in person! The girl I once knew, was gone. Aspects of her were still there and sparkles of her original personality would shine through, from time to time. However her paranoia, ego, self-entitlement, and a lack of faith in others were still very strong and very present. It lingered over her like a big black rain cloud, with lightning bolts shooting out from time to time. She was rebuilding her life, she had gone through a drug rehab program, had a recovery plan and went to regularly to NA, and, she had our support and the support of her family. But, she was a shining example of the destruction effects meth can have. Not only on a person, but also their entire personality, their soul, their morals, their ethics, and their overall view of the world, and as I experienced, those around them. She is not the only person I have seen this happen to, sadly. However she was one of my closest friends, and one of the clearest representations of how meth can affect the whole being of a person. As I see it, it destroyed her soul.

Overtime she has regained a lot of who she is, who she was before the meth addiction. Remnants of the “meth personality” still remain, although they are becoming less and less severe. As I said before, in life, we grow and change, and who we were in the past is not often who we are today. But to go to hell and back, to end up in a place where we are worse off than any previous points in life, is nothing short of destruction. Destruction of the self, and by default, the world around us. She destroyed who she was for the sheer synthetic (yes FAKE!) pleasure that meth was providing her with.

Behind the Walls of Ice Addiction

There are scientific reasons behind this “meth loss of personality”. It is most often not a conscious choice of the addict, while they are using, to act and think the way they do. This is an important aspect those of us, as observers, have to understand. In dealing with Ice addiction, we need to remember that when trying to help those we care about, that they may not even realize what they are doing.

So what does Meth actually do to our brains? Well here are the basics:

Of course these come in varying degrees and some may symptoms exhibit more in one individual than another. The frequency and amount of use also impacts the strength of such symptoms. For example, a friend of mine had intense bouts of mood disturbances, a sense of entitlement fit for a king hundreds of years ago, and some pretty farfetched delusions of those around her (both physically and far away!). Yet… I know others who have gone the complete opposite of this with intense anxiety and confusion and this weird endless need to be taken care of and babied.

The psychotic symptoms, such as, paranoia, hallucinations, and delusion, have the ability to last for months to years after a person ceases using. This is part of the battle my friend continues to fight today, and I think she is slowly winning!

More About Meth And Our Brains 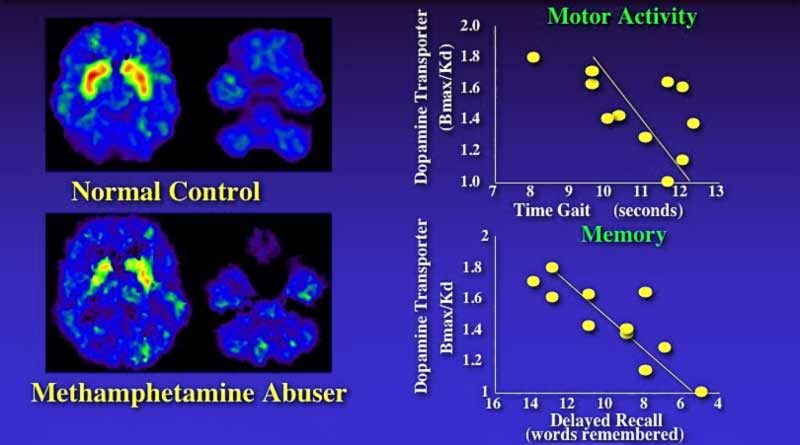 The physical impact on our brains is even more significant than what I’ve mentioned above, as most substances tend to be, hence the reason why they are addictive. We, as humans, are creatures of habit and conditioned behaviour. Once our brain has become use to these synthetic chemicals, it stops producing natural healthy chemicals. Thus the pattern of dependence is born. The brain is waiting for the synthetic form as it is accustomed to receiving it, and does NOT kick right back into producing the natural chemicals, this takes time. In essence our brain becomes a lazy couch potato!

Ice mainly affects the ability to produce Dopamine. Dopamine controls our pleasure and reward centers, which includes taking action to achieve those rewards, motor control, and of course we cannot forget its impact on our emotional responses. Excess dopamine overwhelms the brain, resulting in feelings of euphoria, aggression and/or intense sexual feelings. This is what drugs such as meth do, they produce higher amounts of dopamine in the brain at a faster rate. It’s as though you have millions of little supermans flying around, activating what they want, ignoring parts they don’t! Different areas of the brain serve different purposes, too much dopamine in a one area will enhance certain responses, and not enough will severely restrict normal responses.

In addition to the chemical changes, meth has also been shown to alter both the structural and functional aspects of the brain. The main areas methamphetamine impacts are emotion and memory. This is readily seen in the intense spurts of paranoia and emotional instability in heavy meth users. In addition to this (I know the list seems endless!), meth alters non-neural brain cells called the ‘Microglia’. These cells act as our “brain protectors” (our brain’s Iron Men), fighting against infectious agents, and removing damaged neurons. Too many of these little “Iron Men” can result in an almost “lupus-like” effect, in that they start attacking healthy cells! the poor things are overpopulated, high on meth and confused! This leads to a neurotoxic effect (not good), and often remains present in the brains of long-term meth users, long after detox and recovery.

GOOD NEWS! Some of the negative effects of meth are reversible! 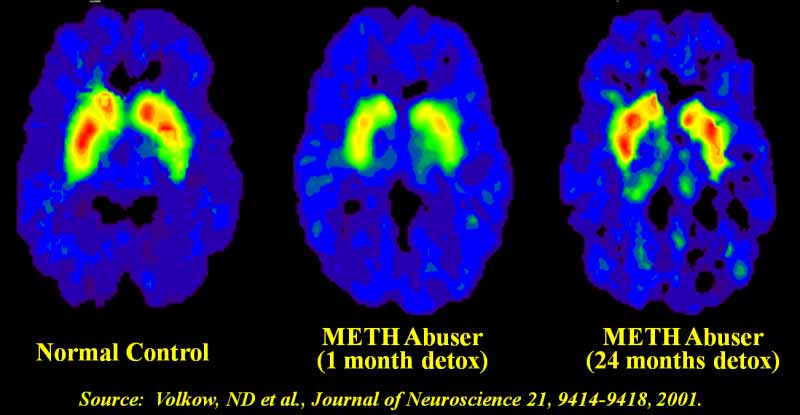 The human body is amazingly resilient, even after the highly destructive effects of ice addiction, much of the damage is repairable. After two years of being clean from ice, the rogue microglia cells decrease in numbers and their destructive behaviour (less attacking of healthy cells) subsides. Areas of the brain that were affected most, motor skills and verbal memory, also show signs of recovery after a minimum of two years clean! However, areas such as emotion take much longer to recover. In fact, they may not ever return to normal, partly depending on any pre-existing emotional/psychological issues or disorders.

The physical effects of meth:

These effects are due to the combination of impulsive motor controls (teeth grinding, dry mouth, compulsive scratching, decrease in motor reaction time), poor nutrition (forgetting to eat, lack of appetite combined with intense and prolonged bursts of energy), a lack of general hygiene, and physical constriction of the blood vessels (cutting off steady blood flow to all parts of the body). As much as you may feel attractive when you’re high on meth, the drug works against you and can literally add 20+ years to your physical appearance in a matter of a few years. Sound lovely? Not so much. But hey, they say ignorance is bliss, right? Although in this case maybe we should replace “ignorance” with “delusions”.

My conclusion: Meth Destroys Your Body, Mind and Soul. It changes your thoughts, your morals, your ethics, your ability to emphasize, your ability for self-care and ANY ability to care for others. In short, it basically turns you into a little ugly grumpy evil troll. BUT with the right the help and some motivation, this little ugly troll can re-grow into the princess or prince it once was, or in the least a closer representation of that former self.

If you or someone you care about is dealing with Ice Addiction, Don’t Wait, Get Help Now.